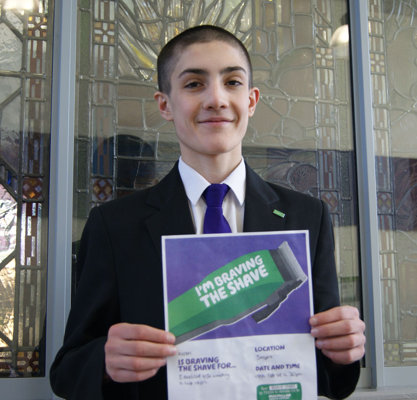 Year 9 Kieran decided to have his hair shaved off earlier this month in aid of the Macmillan Cancer Support charity, and his efforts have raised over £670 so far.

Kieran said, “I just wanted to do something to help others less fortunate than myself.

"I wasn't worried about getting it shaved, and it's growing back really quick now.”

Kieran had to get special permission from Principal Mrs Shuttleworth-Brown before he could go ahead with the extreme crop at Images Hair Salon on February 7th.

Kieran also said, "I'm already starting to think about what my next charity fund-raiser will be!"